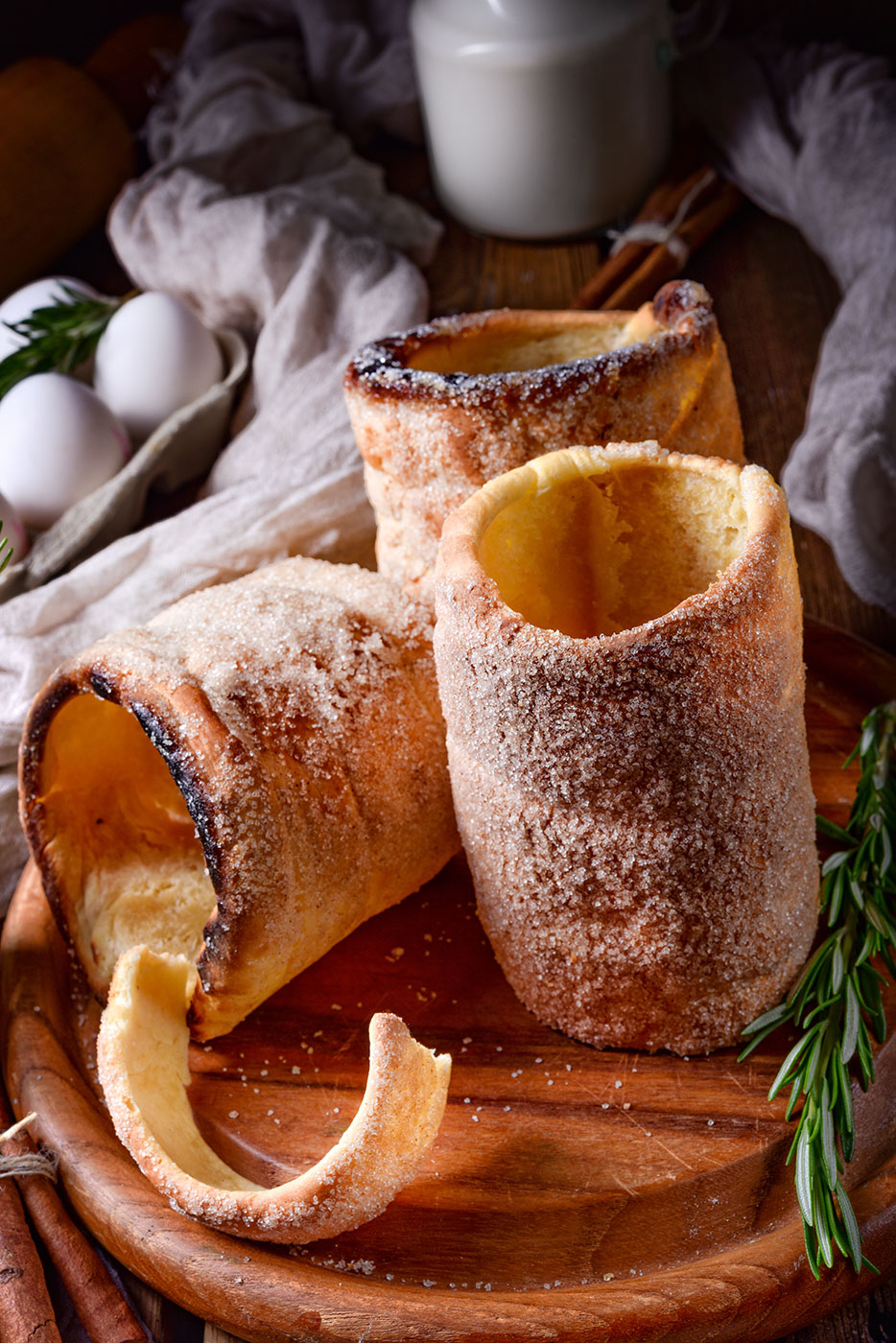 Best Foods to Eat in Prague

On your next trip to Prague, don’t hesitate to sample some local grub, because the Czech capital has no shortage of scrumptious culinary offerings. Its geographical location and climate make for dense, heavy, and filling fare, so be prepared. This landlocked nation gets pretty cold in the winter and summers are not exactly tropical, so sustenance needs to be accordingly rich. Now, the food of Eastern Europe has a common thread running through it, with virtually every item being available across the border in some variation. This means that you will find much of the same things in the Czech Republic you’d find in Poland or Hungary. But there will still be a generous helping of local flair in any dish – some twist in the story told differently at the neighbor’s house. As the saying goes, the proof of the pudding is in the eating it, so try the food and try as much as you can. To help you choose, we’ve picked our favorites. Here are the best of the best: The first thing any local will recommend you try will almost certainly be Trdelnik, a type of spit cake. Now, don’t let the name turn you off of this life-changing experience – “spit” refers to the tool the batter is wrapped around before it is placed over hot coals and turned until it becomes crispy on the outside and tender and gooey on the inside. It is shaped and colored somewhat like the trunk of a tree, but tastes nothing like it. Variations on this theme include fillings like ice cream or an inner coating of chocolate, but the trdelnik purists frown upon such superfluous frill and will go with the classic, every time. You won’t have trouble finding this cylindrical marvel in Prague, where it is available at stands all over town. Let the scent wafting down the street guide you to the nearest one.

Chlebicky are adorable little slices of baguette-like bread decorated with an endless array of different toppings – cold cuts, cheeses, spreads of all kinds, smoked salmon, and cured meats. What’s not to love? You will miss out if you don’t try some of these open-faced wonders. The small size guarantees you can have many of them, although looking at the number of options you have, choosing still won’t be easy.

With an authentic, old school butcher’s shop on every second corner, you will be spoiled for choice in Prague. Why not sample the famous beef tartare everyone keeps talking about when it is fresh as dew? If raw meat is not your jam, try some klobasy, also known as kielbasa, a family of sausages that is as Eastern European as it gets. These meat-filled deluxe hot dogs are loved in all Eastern European countries, and you will surely see why. Each nation takes pride in doing slightly different versions, and even in Prague, no two are the same. They come smoked, fresh, made from beef, pork or lamb, thin, thick, rounded, straight, spiced or plain, and fried or cold. The one thing they all have in common is being delicious. A classic Czech dish, duck and cabbage is a staple of Jewish cooking and of Eastern European cuisine by extension. The tender sweetness of red, steamed cabbage compliments the salty, crunchy duck skin perfectly, so that you will want to hug the person who came up with this sublime combo after you’re done eating way too much of it. For those who are no fans of duck, there is a great alternative in store for you below, so read on.

The controversial palacinky is the perhaps most fought over invention in the European culinary milieu, with a fair number of countries insisting they came up with it first. It ultimately doesn’t really matter if they come from Prague, Budapest, or Warsaw. What is important is that they all do them so well. These thin, crepe-like pancakes come rolled up around an array of fillings like jam, chocolate sauce, sugared nuts, or cream. We must insist you eat them with your hands and make sure to fold it in a u-shape to bite from both ends. Don’t worry, there is no sit-down diner fancy enough to warrant the use of a knife and fork to enjoy palacinky, and licking the caster sugar they are dusted with off of fingers is one benefit reserved for those who do it the proper way.

Something like beef sirloin in cream sauce, this meal is what your grandma would be serving up on Sunday if you were a Czech child. She would do this because she had all those vegetables left over from the bone broth she made as a first course. She would have prepared Svickova by taking the leftover vegetables from the soup – the carrots, parsley root, celery - mashed them together and then boiled it with double cream to make a sauce for the beef. Don’t despair if you don’t have a Czech grandma: apparently, they make a sublime version at Cafe Louvre. For the ones with chef aspirations, this dish is rather easy to prepare and almost fail-safe, if somewhat time-consuming.

The title is somewhat of a misnomer, since Czech gingerbread contains no ginger, but is otherwise pretty much like its sibling you know and probably love. While elsewhere, gingerbread is reserved for the Christmas season, in Prague, you can have it all year round, though of course the holidays, including Easter, see an increase in the – already astronomical – sales of this pastry. Gingerbread is serious business in the Czech Republic: believe it or not, there is a national gingerbread guild tasked with keeping this tradition alive and sovereign. This means that both in terms of recipe and shape, bakers must adhere to strict rules. The bread is specially shaped given as gifts on corresponding occasions. The heart is given at weddings or to loved ones, the egg is – of course – an Easter standard, new parents get a baby-shaped bread, and the rooster symbolizes, perhaps somewhat puzzlingly, goodwill.

This dish is basically roast pork-dumplings-sauerkraut. It is very similar to the fourth item on this list, so you may enjoy that if dietary restrictions keep you from enjoying this one. If they don’t, dig in! Vepro-Knedlo-Zelo is considered by locals to be the most Czech food of them all, so if you visit the capital, it is sort of expected of you to indulge. Before your first bite, you should know a little more about your dinner: pork loin is roasted in an onion-caraway gravy and served with boiled bread dumplings and sauerkraut on the side. There are no two Czech housewives who agree on the exact way to prepare this, which is maybe most defining characteristic of any national dish worth its salt.

This funny little name hides something rather serious: fried cheese. Yes, you read that right. A block of cheese is floured, dunked in egg mix, and breaded before being fried in hissing, hot oil. This results in a crunchy exterior wrapping around a gooey, chewy cheese, like bubble gum but, as you will no doubt find, much better. Smazeny Sir is typically eaten with rice and tartar sauce, two things that go with it more than you can possibly imagine without having tried it. This dish gives boring old mozzarella sticks a run for its money, and then some. The problems you will face when you encounter these airy and fluffy pastries are twofold: which one to choose, for one, and then whether to actually eat it because it is so very pretty. Venecek is the Czech answer to a certain American pastry with a hole in the middle, but not quite as sweet, so you can have more than one if you wish. And you surely will. Just imagine a donut cut in half and filled with a slightly sweetened cream, and top that with a healthy dose of vanilla icing. Now for the Vetrnik, which is somewhat like profiteroles in that it is a filled choux pastry, but this version comes with a caramel custard filling and caramel icing to boot. Vetrnik comes in both single-serve small and dauntingly large sizes, and let’s just say we doubt you could finish one of those on your own.

Another cheesy entry, but in a completely different form. If ever you wanted to try pickled cheese, this is your chance. A cheese similar to Camembert is laid in oil and spices to age and is then served with bread, vegetables, and a sour cream sauce. Served in mason jars, neither the look or the smell is all too appealing, it must be said. But this off-putting cover hides a wonderful book that will be revealed to those who dare to dive head first into it. Not quite fancy enough to be available at restaurants, this is a popular pub food. This is great because you can pair a pickled hermelin to your Pilsner, which brings us to the next item on this list. Beer isn’t food, you’re thinking? Well, think again, because you’re in Prague, which means that the brew is one of the major food groups – in fact, it is the bottom block of the nutrition triangle, the very base of it. There may be more places to try this dearly beloved liquid gold than there are people in the Czech capital, which is just as well because once you get into the groove of things, you are not going to want to stop. Prague can turn even the staunchest wine-lover into a true blue beer fan. All it takes is one little jug of the stuff, and you will wonder why you ever bothered with vintage this or decant that. Beer is so much simpler and as we well know, much more popular in the Czech capital, by the residents of which it is consumed more than anywhere else in the world.