Aramaic (ארמית Arāmît, Ārāmāyâ), a member of the Semitic branch of the Afro-Asiatic language family, has a remarkable 3,000-year history. It was spoken by Aramaeans, an ancient semi-nomadic people who had lived in upper Mesopotamia. This area is now, occupied by Iraq, eastern Syria, and southeastern Turkey. Hebrew is closely related to Aramaic.

Aramaic is thought to have first appeared among the Aramaeans in the 11th century BC. By the 7th and 6th centuries BC, it became the lingua franca of the Middle East, and later it became the official language of the Achaemenian Persian dynasty (559–330 BC). It was eventually displaced by Greek, following the conquests of Alexander the Great. 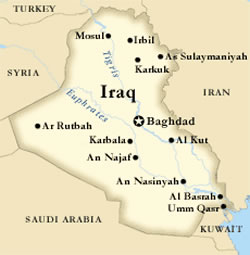 In the 6th century BC, Aramaic replaced Hebrew as the language of the Jews, particularly in Syria and Palestine. Consequently, portions of the Old Testament and versions of the Talmud are written in Aramaic. The Dead Sea Scrolls were also written in Aramaic, in addition to Hebrew and Greek. Aramaic is believed to have been the native language of Jesus and the Apostles. The language continued to be widely used until it was replaced by Arabic around 650 AD.

Modern or Neo-Aramaic today is a group of related languages, rather than a single language. It includes modern spoken varieties of the language that evolved in scattered communities throughout the Middle East that have succeeded in preserved their language throughout history.

Ethnologue lists 19 varieties of Neo-Aramaic dialects spoken today. The largest groups are Assyrian Neo-Aramaic, Chaldean Neo-Aramaic and Turoyo. Modern Aramaic languages with at least 1,000 speakers are listed in the table below. The data is based on Ethnologue.

None of the Neo-Aramaic languages have official status in their countries. Most monolingual speakers tend to be older adults. Younger speakers learn Aramaic as a second language along with the dominant language of the country as their first language. Many varieties are endangered, and some are already extinct.

Aramaic is spoken in scattered communities across the Middle East, from Azerbaijan to Syria. As a result, there are many varieties, not all mutually intelligible. The main division is between Eastern and Western varieties. Religious practices have also played a part in creating language barriers among speakers of Aramaic. As a result, there is no mutual intelligibility among dialects spoken by Christians, Jews, and Mandaeans.

The sound system of Aramaic shares many features with other Semitic languages, particularly with Hebrew. Aramaic varieties draw on a general pool of 25-40 phonemes, i.e., sounds that make a difference in word meaning. Older dialects tend to have larger phonemic inventories than modern ones. For instance, some modern Jewish Aramaic pronunciations lack emphatic and geminated (doubled) consonants. Other dialects have incorporated sounds from the neighboring languages, particularly Arabic, Azerbaijani, Kurdish, Persian and Turkish. Due to its isolation, the consonant system of Western Aramaic has developed quite differently from other Aramaic varieties.

All Aramaic varieties have three vowel phonemes, i.e., sounds that distinguish word meaning. They can be either short or long. Vowel length affects word meaning. In the table below, vowel length is indicated by a colon after the vowel. There are also two diphthongs /ay/ and /aw/. Emphatic (pharyngealized) consonants turn all vowels into a schwa /ə/, a vowel similar to a in about.

The table below shows the consonant phonemes of Aramaic (from Wikipedia). Like other Semitic languages Aramaic has the following features::

The grammar of Aramaic is typical of Semitic languages.

Nouns and adjectives
Most Aramaic nouns, like nouns in other Semitic languages, are built on tri-consonantal roots. Some of the features associated with nouns and adjectives are listed below (based on Wikipedia):

The verb system of Aramaic is quite complicated. Below are a few of its most salient features:

The normal word order in Aramaic is Verb-Subject-Object. Modifiers follow the noun they modify.

Words consist of tri-consonantal roots representing a basic meaning. The bulk of Aramaic vocabulary evolved from *Proto-Semitic, the ancestor of all Semitic languages. In addition, different varieties of Aramaic have borrowed words from the surrounding languages, such as Arabic, Azerbaijani, Kurdish, Persian and Turkish.

The Early Aramaic alphabet is an extremely ancient writing system derived from the Phoenician alphabet, a consonant-based writing system, during the 10th or 9th centuries BC. Eventually, Aramaic developed its distinctive ‘square’ style. The use of Aramaic as a lingua franca throughout the Middle East from the 8th century BC resulted in the adoption of the Aramaic alphabet for writing Hebrew. At the end of the 6th century BC, the Early Aramaic alphabet was replaced by the Hebrew Square Script. Today it is better known as the Hebrew alphabet. Latin, Hebrew and Cyrillic alphabets are all used to write Aramaic, though the Syriac alphabet is the most widely used script to write Aramaic.

There are three forms of the Syriac alphabet. All are written from right to left in horizontal lines.

How difficult is it to learn Aramaic?
There is no data on the difficulty of Aramaic for speakers of English.