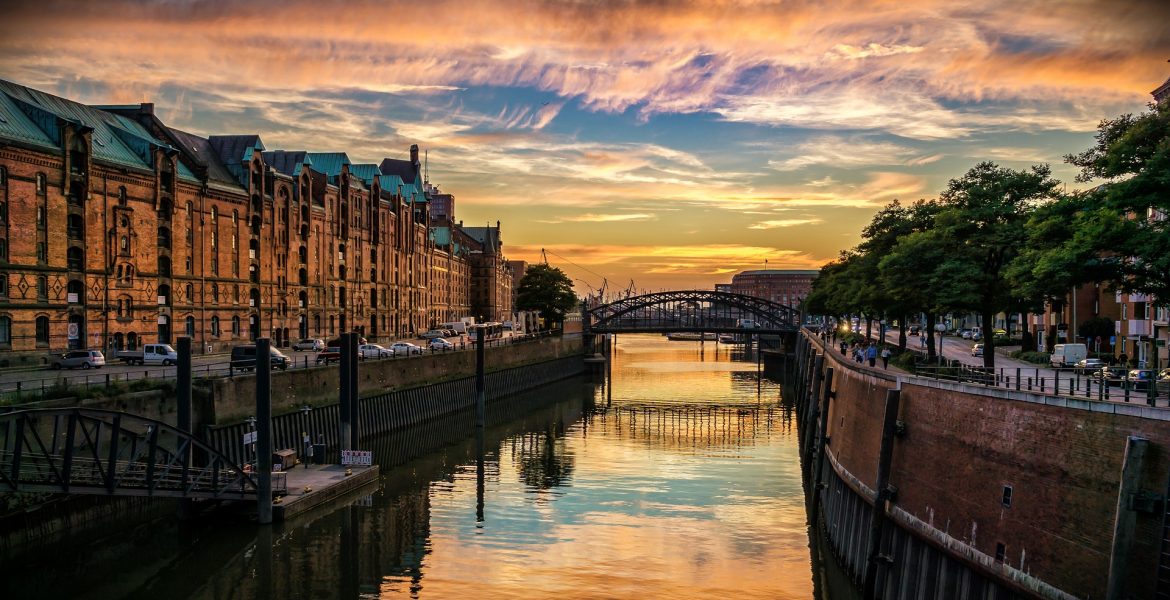 German (Deutsch) belongs to the Western group of the Germanic branch of the Indo-European language family. It is one of the world’s major languages spoken by an estimated 95 million native and 28 million second-language speakers in some 40 countries around the world (Ethnologue).

German diverged from other Germanic languages by a sound change called the High German Consonant Shift, also known as the Second German Consonant Shift, that occurred in the 3rd-5th centuries and was probably completed by the 9th century AD. Its effect can be seen by comparing modern German words with their English counterparts, e.g., pound-Pfund, apple-Apfel, cat-Katze, heart-Herz, make-machen. The High German Consonant Shift divided Germany into a smaller Northern part (without the sound shift) and a larger central and Southern part (with the sound shift). The other countries where German is spoken are all south of this line. Since the consonant shift did not occur are the North German Lowlands, their language is called Low German as distinct from High German spoken in the areas where the sound change occurred. 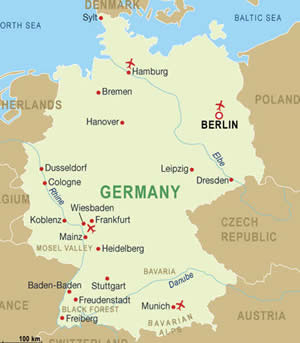 German has undergone a number of changes throughout history.

There is considerable variation among German dialects. All German dialects belong to the dialect continuum of High German to Low German. Only neighboring dialects are mutually intelligible. Many dialects are not comprehensible to those who speak standard German.

Click on the MLA Interactive Language Map to find out where German is spoken in the U.S.

The sound system of German is typical of Germanic languages. Its main features are described below.

Vowels
German has 16 vowel phonemes, i.e., sounds that differentiate word meaning. Most vowels can be long or short. Vowel length makes a difference in the meaning of otherwise identical words. In the table below, length is indicated by a column after the vowel. In addition, German has three diphthongs /ai, oi, au/.

Stress in German words normally falls on the first syllable of the root. There are some exceptions, especially in loanwords.

German is a highly inflected language having preserved many morphological features of Old High German. Among the Germanic Languages, only Icelandic and Faroese have a comparably rich morphology.

Most German words are derived from Proto-Germanic, also referred to as Common Germanic, a reconstructed ancestral language of all Germanic languages. German has also borrowed from French, and English. Much of its scientific terminology has Greek and Latin roots. The latest source of loanwords is English. Words are frequently formed by compounding native components, e.g., Weihnachtsmann, literally ‘Holy Night Man’, i.e., ‘Santa Claus’.

Below are some common words and phrases in German.

Below are the German numerals 1-10.

Prior to the 13th-14th centuries, German was largely unwritten, and all official documents were in Latin. With Johannes Gutenberg‘s invention of the printing press (circa 1400-1468) and Martin Luther‘s (1483-1546) translation of the Bible using a more colloquial language than had been previously used in writing, there was, for the first time, a German text of common interest that spread rapidly all over Germany. This contributed to the creation of a standard written language that would be understood throughout Germany. Another important step towards the standardization of German was the creation of an orthography by the Kingdom of Bavaria in 1879. The Kingdom of Prussia followed one year later when Konrad Duden (1829-1911) created his famous dictionary which is still used today as the standard of German orthography. Since 1880, the orthography has undergone two reforms (1901 and 1990s). Today, German is written using the Latin alphabet. In general, the spelling of German words is a pretty good indication of their pronunciation.

In addition to the 26 standard letters, German has three vowels with an umlaut: Ää, Öö, Üü and a special letter ß that represents ss.

Some notable German letter-sound correspondences are:

Take a look Article 1 of the Universal Declaration of Human Rights in modern German orthography and in Faktur.

German words in English
English has borrowed many words from German. Below are just a few of them.