Zapotec is the name not of a single language, but of a group of 58 languages that, together with related Chatino group, belongs to the Otomanguean linguistic stock. Zapotec is one of the largest families in the Oto-Manguean stock in terms of the number of speakers since the Zapotecs are the third largest indigenous ethnic group in Mexico, after the Nahua and the Mayan peoples. Zapotec has more varieties than any other member of the Otomanguean linguistic stock (Ethnologue) with almost as many varieties as there are pueblos in which it is spoken. 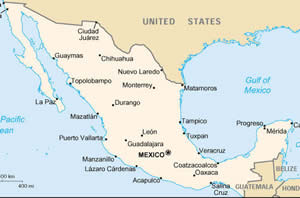 There are approximately 450,000 speakers of Zapotec most of whom live in the Mexican states of Oaxaca and Veracruz. While most are proficient in Spanish, there are also many who speak only one or more varieties of their native Zapotec. In some areas, Zapotec is used in local administration, commerce, literature, and religious services. In other areas, the language is on the brink of extinction, e.g., Zapotec Asunción Mixtepec.

The classification of Zapotec varieties is made difficult by the fact that most of them have several names and many have not been well studied. The 58 varieties of Zapotec fall into several broad groups:

Although all varieties of Zapotec share some basic phonological and structural similarities, there are so many differences between/among them, that 40 of them are considered to be mutually unintelligible.

For the most part, the sound systems of Zapotec languages are fairly complicated, with some variation from one variety to another.

Depending on the variety, vowels can appear in four different shapes: plain, creaky, breathy, or checked. Not all varieties of Zapotec have all four types.

Zapotec languages tend to have a large inventory of consonants.

Zapotec languages are tonal, which is typical of all Oto Manguean languages. The number of contrasting tones differs from one variety to another. One example is Texmelucan Zapotec which has one level tone and three contour tones (one rising and two falling). Tones are not marked in writing.

Zapotecan languages are agglutinative, i.e., they add prefixes and suffixes to roots to mark grammatical functions.

Prefixes and suffixes are added to verbs to indicate person, voice, tense and mood. Some varieties of Zapotec use tones to mark aspect.

Zapotec languages do not have true prepositions. Instead, they use nouns denoting body parts to express spatial relations. Below are a few examples from Zapotec Mitla.

As in many other Otomanguean languages, the normal word order in Zapotec varieties is Verb-Subject-Object. Numerals precede nouns, but adjectives follow them. Possessors follow possessed nouns, e.g., làb ‘sandal,’ làb lè ‘your sandal.’

There are significant differences in vocabulary among different varieties of Zapotec, making most of them mutually unintelligible. All of them have borrowed a substantial number of words from Spanish, e.g., syudaa ‘city’ from Spanish ciudad.

The first of its kind dictionary of Zapotec Zapotec Dictionary of San Lucas Quiavini (Di’csyonaary X:tee’n Dii’zh Sah Sann Luu’c) by Pamela Munro and Felipe Lopez was published in 1999. It includes 9,000 words translated into English and Spanish. It was designed for the 50,000 Oaxaca Indians living in California. The dictionary bears the name of the hometown of the dictionary’s main author, Felipe Lopez, a Oaxaca Indian who arrived in California as an undocumented immigrant 25 years ago. He worked in agriculture and then moved to Los Angeles, where he worked as a dishwasher until he became a legal resident. Lopez was inspired to compile the two-volume dictionary because his language had never been written and because it was becoming endangered.

Below are a few common words from Zapotec Teotitlan

Below are the numerals 1-10 in Zapotec Mitla.

The Zapotec script is one of the earliest writing systems in Central America. Zapotec inscriptions were found on stone monuments dating back to between 400 and 200 BC. Most of them were found in Monte Albán, a large archaeological site in the state of Oaxaca. The script used a separate symbol to represent each syllable of the language. The script is not well understood because it is not known what language it was based on and because there are only very few brief samples of it. The script fell into disuse and was replaced by another form of writing by the 10th century AD. Nevertheless, it was influential inasmuch as it served as a basis for the scripts developed by the Mayas, Mixtecs, and Aztecs.

Today, Zapotecan languages are written in the Latin alphabet adapted to represent the sounds of the languages. It must be kept in mind that the orthographies were originally designed by Spanish friars who imposed Spanish orthographic traditions on the Zapotec languages that have many sounds which do not exist in Spanish. The Mexican branch of the Summer Institute of Linguistics (SIL) has attempted to design an orthography for the Zapotec languages, following general linguistic and orthographic principles. However, linguists encountered difficulties in trying to represent the wide range of sounds found in these languages with one single orthography. Thus, the issue remains unresolved, and there are several competing orthographies that are currently in use.

Take a look at Article 1 of the Universal Declaration of Human Rights in Zapotec Güilá.

Do you know some English words that were borrowed from Zapotec? Let us know and we’ll add them here!

How difficult is it to learn Zapotec?
There is no data on the difficulty level of Zapotec for speakers of English.