The Eskimo-Aleut family consists of a continuum of languages/dialects spoken by close to 150,000 people who live in Alaska, Canada, Greenland, and in an area stretching along the Aleutian Islands into Siberia. It is one of the most geographically spread language families in the world. The name Inuit means ‘men.’ Eskimo is a derogatory word in Algonquian which means ‘eater of raw flesh’.

It is hypothesized that the nomadic Inuit people originated in northeastern Siberia. Some time around 2,000 BC they began to migrate eastward across the Bering Straits to Alaska and then across northern Canada to Greeenland. This migration may have taken as long as 1,000 years.

According to Ethnologue, there are 11 members of the Eskimo-Aleut language family, of which one is already extinct. They can be classified into three branches: Aleut, Eskimo (Inuit), and Yup’ik. The languages are listed in the table below. Most of them go by a number of different names (see Ethnologue). Greenland and Denmark have the largest number of speakers (about 54,000), followed by Canada (about 35,000). The languages are all but extinct in Russia with only a thousand or so speakers remaining. 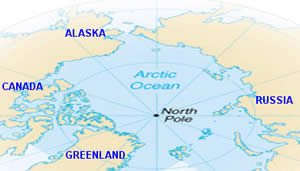 Eskimo-Aleut languages are under extreme pressure. Speakers of most varieties are older adults. The languages are all but extinct in Russia, and extremely endangered in the U.S. Greenland and Denmark have the largest number of speakers, followed by Canada.

Eskimo-Aleut languages are spoken in wide-spread areas of the circumpolar region. Due to their geographical isolation from each other, they tend to exhibit dialectal variation based on geography as well as on political and social considerations. Despite their differences, the dialects of Eskimo-Aleut languages are quite similar in their grammatical structure. The differences among them mostly involve phonology and lexicon. Below are two examples of sub-dialecal variation in Alaska:

Eskimo-Aleut languages share a number of basic phonological features. Syllables start and end with a single consonant, with two-consonant clusters permitted only if both consonants are voiced, voiceless, or nasal.

Eskimo-Aleut languages have between three or four vowels that can be either short or long. For instance, Yupik, Central has four vowels /a, i, u, ǝ/. Vowel length makes a difference in word meaning. Long vowels are usually written as double letters.

Eskimo-Aleut languages have between 15 to 20 consonants, depending on the language. In most languages, all stop consonants are voiceless, which means that they have /p/, /t/, /k/ but not /b/, /d/, /g/. They also have /voiced and voiceless lateral, velar and uvular fricatives. The Nunavut dialects of Inuktitut have fifteen distinct consonants, including a voiceless uvular stop /q/ and a voiceless lateral fricative /ɬ/.

Stress in Eskimo-Aleut languages distinguishes the meaning of otherwise identical words. It is not marked in writing.

Verbs have a highly developed system of grammatical marking.

The normal word order in Eskimo-Aleut languages is Subject-Object-Verb.

Below are some common phrases in two Eskimo-Aleut languages.

Below are the numerals 1-10 in three Eskimo-Aleut languages.

Until recently, members of the Eskimo-Aleut family were spoken languages with no writing systems.

Take a look at Article 1 of the Universal Declaration of Human Rights in Eastern Canadian Inuit and Greenlandic Inuktitut.