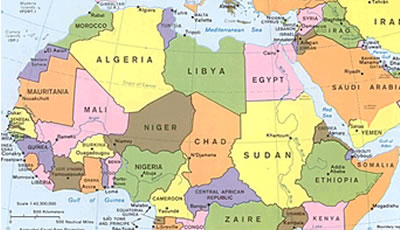 Apart from Hausa, only a few other Chadic languages have been well described.

The most demographically significant Chadic language is Hausa, spoken by 24 million people, of whom about 19 million live in Nigeria, 5 million in Niger, and 1 million in Cameroon, Togo, and Benin. Hausa is the official language of Nigeria and the lingua franca of much of West Africa.

The Chadic branch includes many languages that are spoken by small numbers of people and that have no written form. Many of them are seriously endangered, and some are on the brink of extinction, or are extinct.

The table below lists Chadic languages with 200,000 or more speakers. Except for Hausa, all other Chadic languages have fewer than half-a-million speakers and most have under 100,000. A significant number of them have only a handful of speakers and many are endangered or on the brink of extinction. One of the reasons for their disappearance may be attributable to the rapid spread of Hausa throughout the region. The data is based on Ethnologue.

It is difficult to summarize the common features of Chadic sound systems because such features are not present in all of the Chadic languages.

Most Chadic languages have three to five vowels that can be either long or short. Vowel length makes a difference in word meaning. In the table below, vowel length is marked by a macron over the vowel. Vowels in parentheses occur in some, but not all Chadic languages.

Chadic syllables typically end in a vowel (or diphthong) or a single consonant. There are no consonant clusters.

All Chadic languages are tonal. The most common Chadic tone system has high (H) and low (L) level tones, e.g., Hausa fárí: (HH) ‘white’ and fárì: (HL) ‘drought.’ Some Chadic languages have three tones: High, Medium, and Low. A few languages exhibit so-called “tonal downstep” whereby each syllable in a word is produced on a lower pitch level than the preceding one.

All Chadic languages rely on word order and post-positions to express grammatical relations. Word order in most Chadic languages is Subject-Verb-Object, although some have a Verb-Subject-Object word order with subject pronouns either prefixed or suffixed to the verb.

A good number of Chadic words can be traced to Common Chadic roots. All Chadic languages, especially Hausa, have a large number of borrowings from Arabic, other neighboring non-Afro-Asiatic languages as well as colonial languages such as French, Portuguese and English.

Below are the numerals 1-10 in four Chadic languages.