Gujarati, also known as Gujarathi, is a member of the Indo-Aryan branch of the Indo-European language family. Its closest relatives are Hindi and Punjabi. It is estimated that it is spoken as a first language by 45.7 million people in India, primarily in the state of Gujarat, and worldwide by 46.6 million people (Ethnologue). Outside of India it is spoken in Bangladesh, Fiji, Kenya, Malawi, Mauritius, Oman, Pakistan, Reunion, Singapore, South Africa, Tanzania, Uganda, United Kingdom, USA, Zambia, Zimbabwe (Ethnologue). 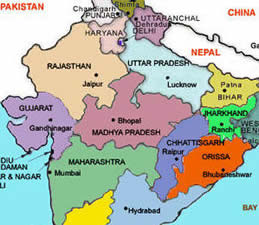 Like other Indo-Aryan languages, Gujarati is derived from Sanskrit through Prakrit, a large group of ancient Indic languages, and Apabhramsha, transitional dialects spoken in India between the 6th-13th centuries AD.

The first grammar of a precursor of Gujarati was written in the 12th century. The first literary records of Gujarati were mostly religious verses dating back to the 17th century. The language was later cultivated by writers, scholars, and poets from Narasimha Mehta to Mahatma Gandhi. The study of Gujarati in the 19th century can be credited to a British colonial administrator named Alexander Kinloch Forbes who explored much of the previous thousand years of the history of Gujarati and compiled a large number of manuscripts.

Click on the MLA Interactive Language Map to find out where Gujarati is spoken in the U.S.

Gujarati is one of the 22 official languages and 14 regional languages of India, and one of the minority languages of neighboring Pakistan. It is the medium of everyday communication in the Indian state of Gujarat. It is used in education, government, business and the media. The language is widely spoken In expatriate Gujarati communities in the UK and the U.S. These communities have Gujarati newspapers, magazines, radio and television programs.

Gujarati has many dialects (Ethnologue). The major dialects are listed below:

Gujarati is rich in vowels. It has 7 vowel phonemes, i.e., sounds that make a difference in word meaning. The vowels are given in the table below.

Gujarati grammar is very similar to that of other Indo-Aryan languages such as Hindi, Bengali, and Punjabi. Like all these languages, Gujarati is agglutinative, i.e., it adds suffixes to roots to build words and to express grammatical relations. Gujarati uses the ergative case to mark subjects of perfective transitive verbs, and the nominative case to mark subjects of all other verbs.

Gujarati nouns are marked for the following grammatical categories:

Gujarati has many Arabic and Persian loanwords due to more than five centuries of Islamic rule. This is particularly true of high-level vocabulary and is less so of the spoken language. As a result of centuries of trade with European countries such as Portugal and England, Gujarati has also borrowed words from Portuguese and English.

Below are the Gujarati numerals 1-10 in romanization.

Here are these numbers in the Gujarati script.

The following diacritics are used in standard romanization of Gujarati:

Take a look at Article 1 of the Universal Declaration of Human Rights in Gujarati script and in romanization.

Do you know any English words that were borrowed from Gujarati? Let us know and we’ll add them here!

How difficult is it to learn Gujarati?
There is no data on the difficulty of Gujarati for speakers of English.