Sanskrit, meaning ‘perfected’ or ‘refined’, is one of the oldest, if not the oldest, of all attested human languages. It belongs to the Indo-Aryan branch of the Indo-European family. The oldest form of Sanskrit is Vedic Sanskrit that dates back to the 2nd millennium BCE. Known as ‘the mother of all languages,’ Sanskrit is the dominant classical language of the Indian subcontinent and one of the 22 official languages of India. It is also the liturgical language of Hinduism, Buddhism, and Jainism. Scholars distinguish between Vedic Sanskrit and its descendant, Classical Sanskrit, however, these two varieties are very similar and differ mostly in some points of phonology, grammar, and vocabulary. Originally, Sanskrit was considered not to be a separate language, but a refined way of speaking, a marker of status and education, studied and used by Brahmins. It existed alongside spoken vernaculars, called Prakrits, which later evolved into the modern Indo-Aryan languages. Sanskrit continued to be used as a first language long after it was no longer spoken. 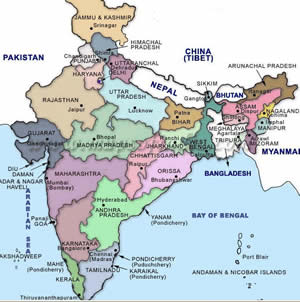 In India and in Southeast Asia, Sanskrit enjoys a status similar to that of Latin and Greek in the Western world. According to the 2001 census reported in Ethnologue, it is used as a first language by 14,100 in India and by 15,770 worldwide, as well as by 194,000 as a second language in India. Even though it is not a spoken language, its significance is such that it is one of the 22 official languages of India. As an integral part of Hindu tradition and philosophy, Sanskrit is mostly used today as a ceremonial language in Hindu religious rituals. is a required subject in many schools.

Sanskrit exerted a great deal of influence on all languages and cultures of the Indian subcontinent and beyond it. Sanskrit mantras are recited by millions of Hindus and most temple functions are conducted entirely in Sanskrit, often Vedic in form. The vocabularies of prestige varieties of Indian languages, such as Hindi, Bengali, Gujarati, and Marathi, are heavily Sanskritized.

There have been recent attempts to revive Sanskrit as a spoken language so that the rich Sanskrit literature could become accessible to everyone. India’s Central Board of Secondary Education has made Sanskrit a third language in the schools under its jurisdiction. In such schools, the study of Sanskrit is compulsory for grades 5 to 8. An option between Sanskrit and Hindi exists for grades 9 and 10. Many organizations are conducting ‘Speak Sanskrit’ workshops to popularize the language. Sanskrit is the language of the two great Hindu epics, Rāmāyana and Mahābhārata, read by people all over the world.

Classical Sanskrit has the following vowels.

The oldest surviving Sanskrit grammar is Pāṇini’s prescriptive Eight-Chapter Grammar of Classical Sanskrit, dating back to about 500 BC. His rules helped systematize Sanskrit grammar.

Sanskrit is a highly inflected language which uses prefixes, suffixes, infixes, and reduplication to form words and to represent grammatical categories. Many of these categories have been lost or simplified in the modern Indo-Aryan languages. There are numerous sandhi forms. Sandhi (from Sanskrit word meaning ‘joining’) refers to sound changes that occur at morpheme or word boundaries. They occur in all languages, for instance, in English the consonant /f/ changes to /v/ before the plural marker, e.g., knife – knives.

Sanskrit nouns are marked for the following categories:

Sanskrit verbs are marked as follows:

The usual word order in Sanskrit sentences places the verb in final position, but there are fewer restrictions on the order of the other elements in the sentence.

Sanskrit vocabulary consists mostly of words of common Indo-European origin. They can be formed by compounding and reduplication, e.g.,matara-pitara ‘mother [and] father,’ dive-dive ‘day by day.’ Some compound words can be extremely long.

Sanskrit is usually written in the Devanāgarī script, a descendant of the Brāhmī script, although other scripts have been used and continue to be used. The Devanāgarī script is also used for writing Hindi, Marathi, and Nepali. It is a syllable-based writing system in which each syllable consists of a consonant plus an inherent vowel /ə/. Vowels are written differently, depending on whether they are independent or follow a consonant. Devanāgarī is written from left to right. Sentences are separated by vertical lines.

Take a look at Article 1 of the Universal Declaration of Human Rights in Sanskrit in Devanagari and in IAST transliteration from Omniglot).

Listen » Recording of UDHR in Sanskrit

Sanskrit words in English
Sanskrit vocabulary has not only influenced the languages of India and Southeast Asia, but has also enriched many European languages, including English. Below are a few examples:

How difficult is it to learn Sanskrit?
There is no data on the difficulty of Sanskrit for speakers of English.